Membership is open to any attorney who represents parties in cases administrated by the U.S. Department of Labor. This includes, but is not limited to, those attorneys representing parties in cases arising under the Longshore & Harbor Workers’ Compensation Act or its extensions, Energy Employees Occupational Illness Compensation Program Act, Federal Employees’ Compensation Act, and the Black Lung Benefits Act. The attorney must be licensed by and in good standing with any state bar to be or continue membership with the Association.

Members must self-identify their practice as either plaintiff or defense oriented, but not both. No member shall be limited in their participation with the association because of such identification; rather, it will be used for involvement in the caucuses and voting for the Board of Directors. A member can, at any time, change their designation.

All members based on their self-identified practice will belong to either the defense caucus or the plaintiff caucus. The caucuses are involved with discussing issues, candidates for the Board of Directors and other topics important to the goals of the DOL-Joint Bar Association. Each caucus will be responsible for nominating, electing and deciding the voting rules for its caucus.

ORGANIZATION OF THE BOARD OF DIRECTORS:

Only the President or the President’s designee is authorized to speak on behalf of the Association on matters affecting public policy. The President must confer and reach agreement with the President-Elect on such matters to ensure consensus between both the plaintiff and defense caucuses.

The Secretary shall record any minutes of meetings or proceedings held by either the Board of Governors or the Members and shall perform such other functions as may be prescribed by law and as may be delegated by the Board of Governors or the President. The Secretary is responsible for certifying the results of any election or vote of the general membership. The Secretary shall keep a register of the Members of the Association and shall perform all duties pertaining to the office of Secretary.

In the event that either the Secretary or Treasurer are unable to fulfill their duties either temporarily or permanently, the duties of these two officers may be combined until a special election is held or the officer is able to return to their duties.

VOTING OF THE BOARD OF DIRECTORS:

Each member of the Board of Directors shall have one vote; however, the Board cannot pass a measure because there are more plaintiff or defense attorneys. In order to ensure a consensus between plaintiff and defense attorneys, all measure must pass by a super majority of 75%.

DUTIES OF THE BOARD OF DIRECTORS:

ELECTION OF THE BOARD OF DIRECTORS:

Directors will assume a six (6) year term. Elections will be held every two years, with four new Directors being elected in every election, except during the initial six years of the association. Of the four new Directors elected, two (2) of these Directors must have a plaintiff practice and two (2) Directors must have a defense practice. All Association Members will vote for the Director from the plaintiff or defense caucus, as they identified on their membership application.

Nomination of new Director candidates will occur three months before the scheduled election and will be open for one month. Members can self-nominate or nominate any other Member. The nomination is an open process but the Board of Directors shall make all reasonable efforts to ensure attorneys from all parts of the country and all practice areas are represented on the Board. Election of Directors will occur at the Annual Meeting of the association.

The Initial Board of Directors shall consists of the founding members, as follows:

REMOVAL OF A DIRECTOR:

The Association shall have the following standing committees:

The Executive Committee will consist of the President, President-Elect, Secretary, Treasurer, up to three Past Presidents, and such other Members as the President may appoint.

The President is responsible for the creation of all other committees. The chairperson of the committee shall be appointed by the President, provided there are approximately equal numbers of chairs who are plaintiff and defense attorneys. All committees shall be dissolved upon completion of the appointing President’s term. The Board of Directors may compel the President to create a special committee upon a simple majority vote.

Annual meetings of the Association shall be held at such place and time as designated by the Board of Governors each year. Special meetings of the Members may be called by the President or any three Directors, which shall be done by providing adequate written notice to all Members of the Association at least fifteen days in advance with a summary of the proposed business to come before the meeting.

BOARD OF GOVERNORS MEETINGS:

The Board of Governors shall meet at such time and place as shall be designated by the President. In any event, the Board shall meet or confer at least four times per year. Notice of each meeting shall be provided not less than 15 days in advance and contain a statement of the business to be transacted.

All committees shall be subject to the call of their respective chairperson or the President of the Association. 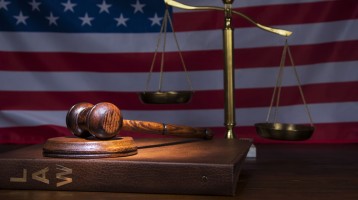